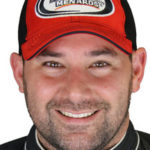 Sean Corr took his dirt modified experience and turned it into a regular gig in the ARCA ranks, making a name for himself at ARCA’s marquee Daytona event where he and his Empire Racing team finished a career-best fifth in 2013. Sean also earned the General Tire Pole at Daytona in 2012 and led the first 14 laps. He also led 16 laps at Daytona in 2018, and was leading on the last lap before he got caught up in a multi-car crash. He was also fastest in the year-end open test at Daytona in prep for the season opener in 2015. In his only full season on tour in 2011, he finished 9th in championship standings. In 46 career starts, he also finished 10th at Daytona in 2014, seventh at Madison in 2011, ninth at Iowa ’11, and 10th at Talladega ’12.

You may have missed

Up next for Sean Corr the “Tricky Triangle” Pocono Raceway

Tribute To A Champion